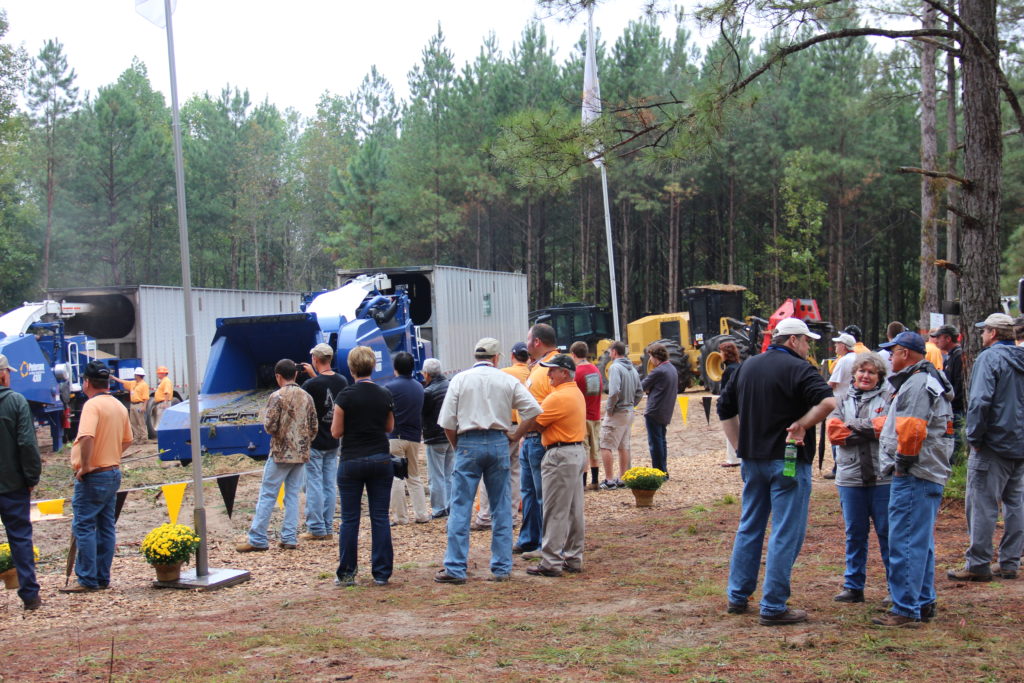 Forest industry colleagues temporarily put their business challenges behind them and converged near Smithfield, North Carolina for the Mid-Atlantic Logging & Biomass Expo October 7-8. Preliminary calculations put the number of participants at approximately 3,000. Estimated value of the equipment, technology and supplies demonstrated or displayed was more than $100 million.

“The weather was perfect, the attendance was great and the exhibitors were happy,” said Doug Duncan, who managed the event with the assistance of Jack Swanner and many others. “We’re delighted with the way it turned out.”

Exhibitors came from as far away as eastern Canada; visitors traveled from Michigan, Pennsylvania, Ohio, Maryland, West Virginia, Mississippi, Alabama, Georgia, and of course, the Carolinas and Virginia.

Some machine sales were made. For example, John Woodie Enterprises reportedly sold the two new Barko loaders it displayed.